Malangdo Island is the name of the island that the Cat Hand Group crash-landed on while traveling to Rune-Midgarts. Their wrecked ship, the Nabeeho, is their base of operations on the island. (On iRO, the ship is localized as Navi.)

The island is small and tropical. As the land is very fertile, fruit is abundant. 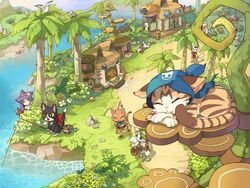 An ambitious group of cats calling themselves the Cat Hand Group set sail from their homeland in an attempt to make profit in a foreign land. It has been 26 days since their voyage and to their misfortune, they were caught in a storm. The ship's rudder, having been damaged in storm, lost its functionality. Feeling helpless, the Cat Hand Group was left with no choice but to wait for the tides to calm, only to crash into an unknown reef. 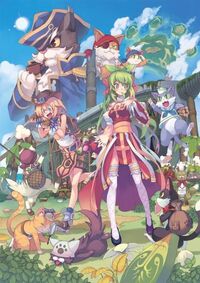