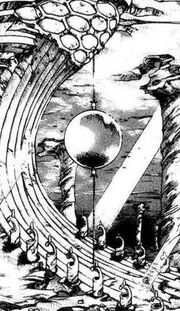 The orb in its inactive state.

The Orb of Vanar is an object that protects the lost kingdom of Geffenia.

As described by Reina, the orb is the aggregate will of the ancient race of elves and was made to protect the elves from any and all threats. It was created by the greatest of elven sages, Vanar, who foresaw the end of the elven race and wished to save it. In the end, the orb was unable to save the elven race and so continues to guard over those who no longer exist. Any who step foot onto the sacred ground of Geffenia are destroyed by the orb. 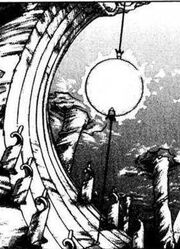 The orb reacting to intruders.

In Ragnarok Online, the orb is known as the Orb of Kvasir.[1] It doesn't seem to react aggressively towards intruders anymore.